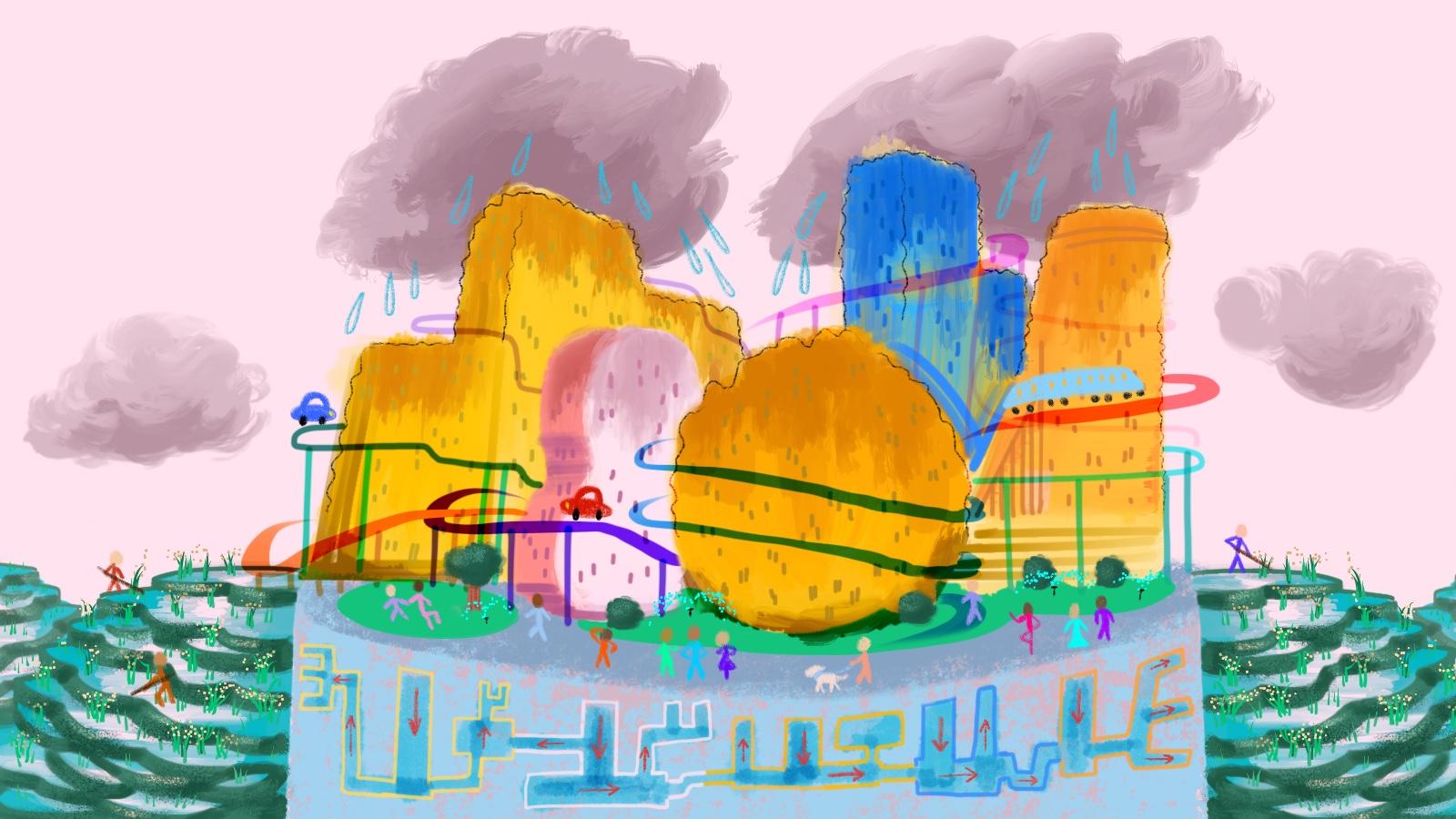 Water needs are rising. Are we ready?

Water conservation and management is one of the most pressing global issues of our century. While some areas suffer from too much water others are paralyzed by not having enough.

By 2030, the world is projected to face a 40% water deficit, and by 2050 2.3 billion additional people will be living in water-stressed areas. Meanwhile, flooding is causing extensive damages to cities, creating serious economic costs. In the US, for example, Hurricane Harvey damages totaled $125 billion and forced 890,000 families to seek federal disaster aid.

Federal and municipal governments are finally recognizing the scale of the issue and the need for immediate response. It’s not only smart ecological practice—it’s good business sense too. Research insights show that “fortunes are turning for the water sector.” With the sector’s valuation set to rise, profitable business opportunities will increase as well, according to research insights from DBS. The global water market is predicted to reach a value of $914.9 billion by 2023, with infrastructure plans underway in Saudi Arabia, China, and across Asia.

How Singapore has taken up the challenge

Cities like Singapore are leading the charge in developing innovative, technology-based solutions to water crises. The city-state has become a world leader in water recycling, an achievement born of a complex relationship to water security that’s deeply intertwined with its history and geography. An island with roughly the same area as Budapest, it has the third densest population in the world—and is adding millionaires faster than Hong Kong—but lacks the rivers, lakes, and open land that other cities rely on to source their water.

For decades, the city-state has imported up to half of its water supply from Malaysia. That agreement is set to expire in 2061, leaving Singapore at the mercy of nature. Incidentally, its water demand is set to double by then. Resourceful and innovation-minded, Singapore resolved to find a way to become self-reliant in its water use.

Singapore receives around 90 inches of rain per year—roughly double the global average—so naturally it has made rainwater catchment a priority. Surrounded by seawater, the port city has also invested heavily in desalination plants. But Singapore’s boldest and most forward-thinking move was its embrace of transforming wastewater into what it calls NEWater. Using a unique four-step purification process, Singapore forces water from drains and sewers through multiple filters and membranes. This process yields an endlessly replenishable store that exceeds health standards and currently makes up about 40% of the city’s water use.

The city-state is also rethinking water by focusing on plastic recycling efforts that contribute to reduce water use and water contamination. Although made from highly recyclable material, 91% of plastic bottles are not recycled and take 400 years to naturally decompose. Innovative businesses are leading the way in helping these efforts. Movements like Recycle More, Waste Less, led by the Singapore-based bank DBS, promote recycling for a more sustainable future by urging people to reduce, reuse, and recycle single-use plastics—an initiative that dually reduces water contamination and the amount of water used to make bottles. Thanks to these developments, Singapore is on track to achieve water independence by 2060.

Other countries are also making inspiring and strong strides towards smart water management. In China, where landslides caused by flooding have proven fatal, plans are being implemented to build 30 “sponge cities.” These cities incorporate various projects like wetlands and permeable roads that can soak up and absorb flood water, keeping it from overwhelming residential areas.

In the US, Washington DC requires developers to retain stormwater runoff from their properties. If developers are short of their requirements, they can meet the remainder through buying credits from retention projects across the city. It’s an economically-motivated way to manage stormwater runoff pollution and spur investment in green infrastructure solutions. These and other cities are at the forefront of change, serving as laboratories for solutions which will secure the environment’s future, save lives, and boost the world economy.

Through the “Recycle More, Waste Less” campaign, DBS guides people towards leaving a better, more sustainable planetfor future generations. DBS’ focus on innovation is why it has been named the Best Bank in the World by Global Finance magazine.

This article was produced on behalf of DBS by Quartz Creative and not by the Quartz editorial staff.

This material is provided for general and educational purposes only; it is not intended to provide legal, tax or investment advice.