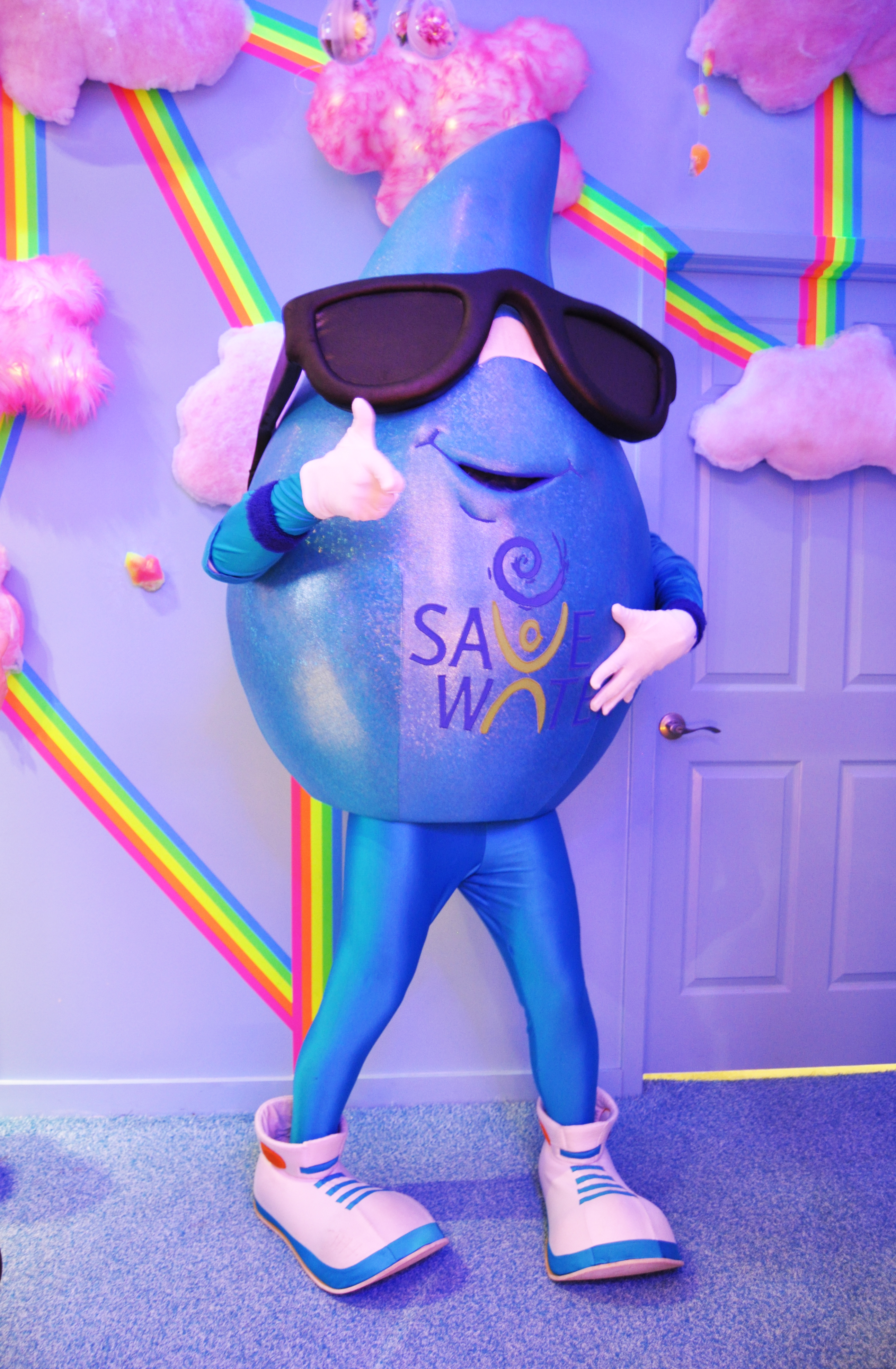 Being a drop of water himself, Dew cares a lot about water.

Dew has lived all over the world, in oceans, rivers, lakes, and even in clouds. Eventually, his travels brought him to Dallas. After his many trips through washing machines, sinks, sprinklers, and drains, Dew realized how often water is wasted. He came jetting out of sprinklers during the hottest times of the day, and whirled around in washing machines full of water, with hardly any clothes. He watched small loads of dishes washed in dishwashers.

One day, as he was swirling down another drain, Dew decided that he did not want to be a drip any longer. He decided his mission should be letting people know the importance of saving water. He took all he learned in Dallas households and came up with easy ways for everyone to save water and make it last for years to come.

Saving Water is Fun and Educational!

“It’s actually very easy to save water – you just have to know how.”

“I’ve lived my whole life as a drop of water, and I know how important water is to everyone in the world. Making many trips to Dallas homes has made me an expert on how water can be saved. I know lots of simple ways to save water, like fixing sprinkler heads, watering your garden at night, and using a pool cover.” 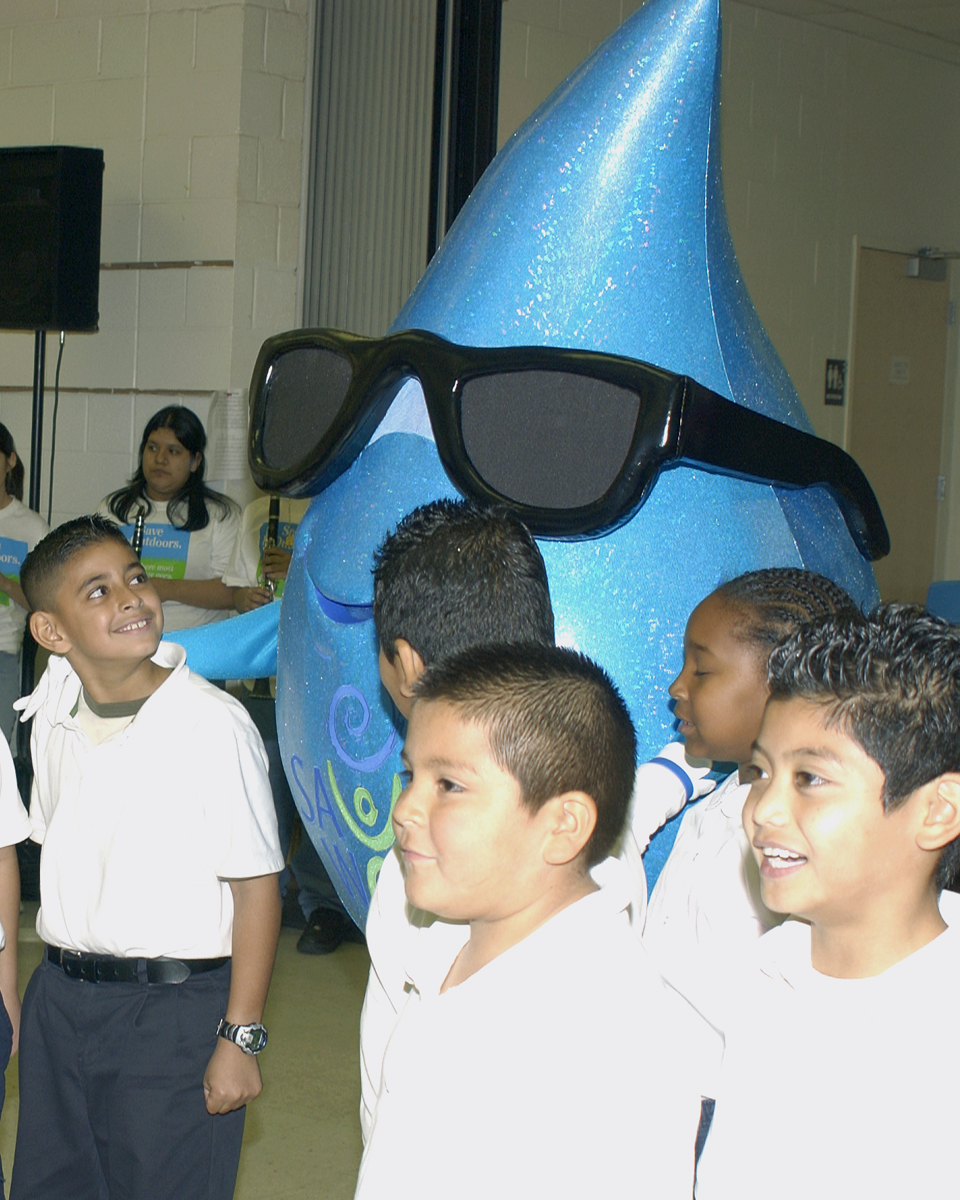 In 2006 Dew Drop was conceived from the minds of Ben Milam Elementary School students.  The children designed two other characters and they decided to vote for a new Water Conservation Mascot. From a small ballot box of their creation, they selected DEW! The mascot rig was designed by acclaimed Barney and Friend’s costumer. 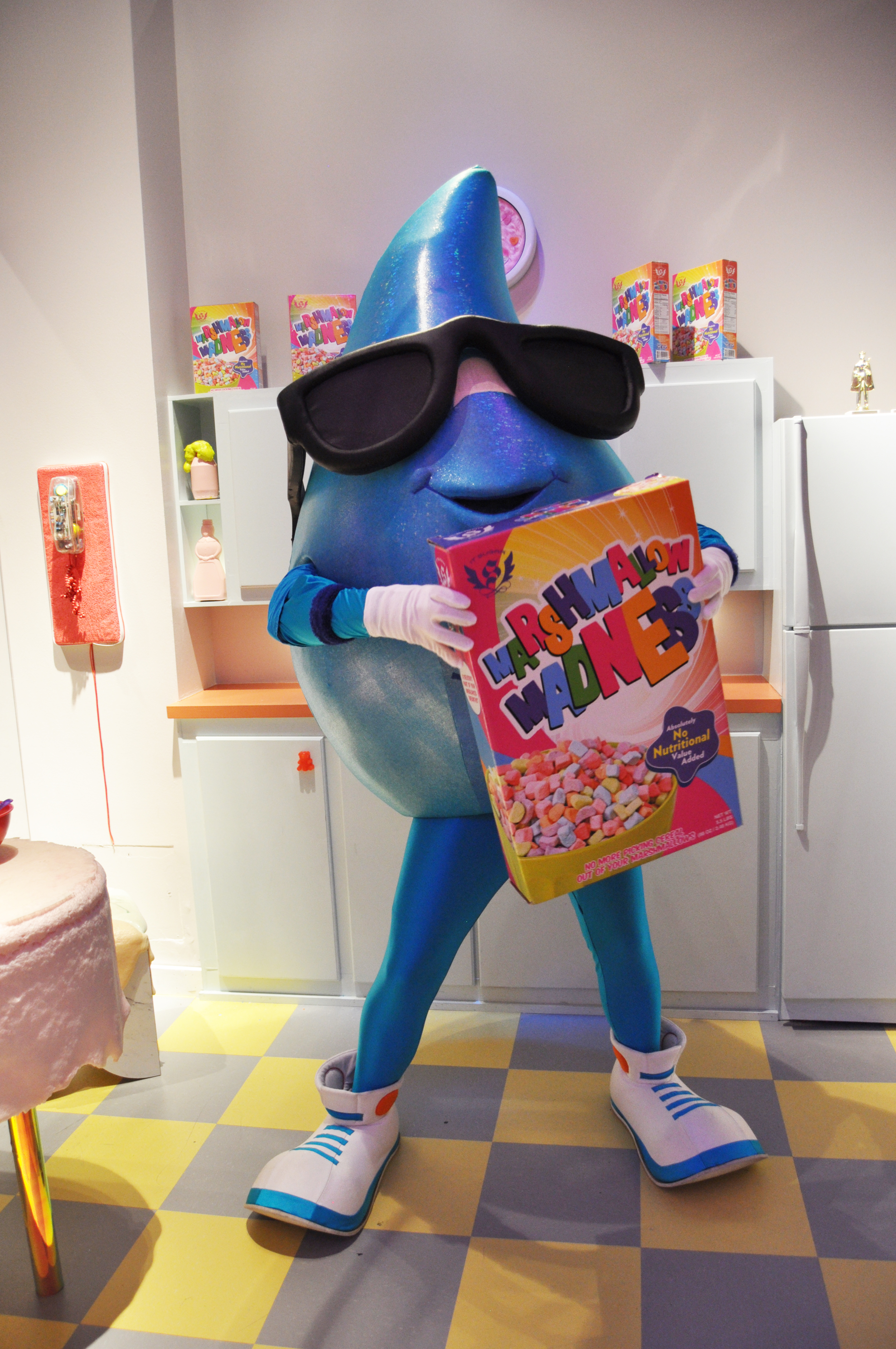 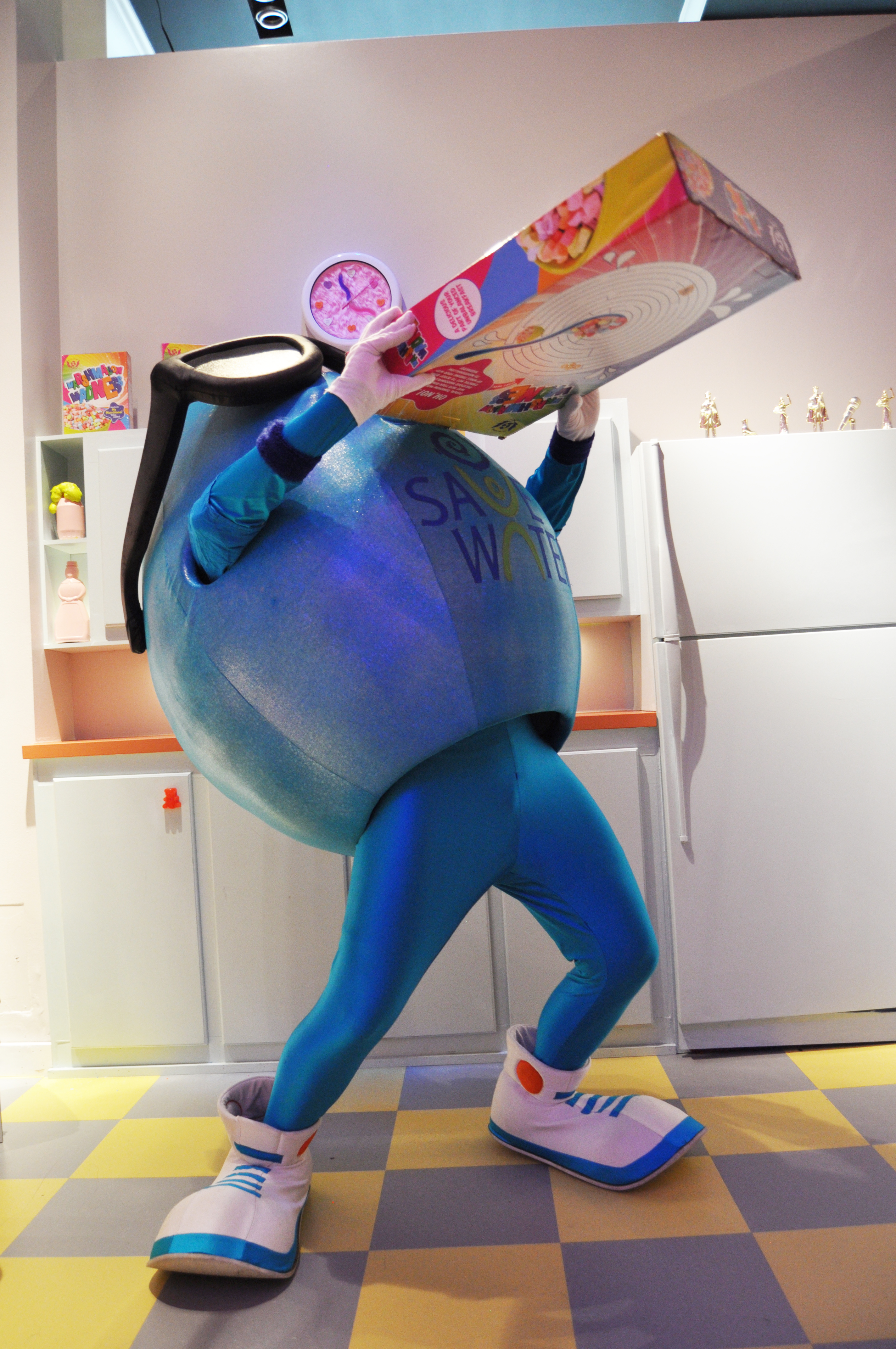 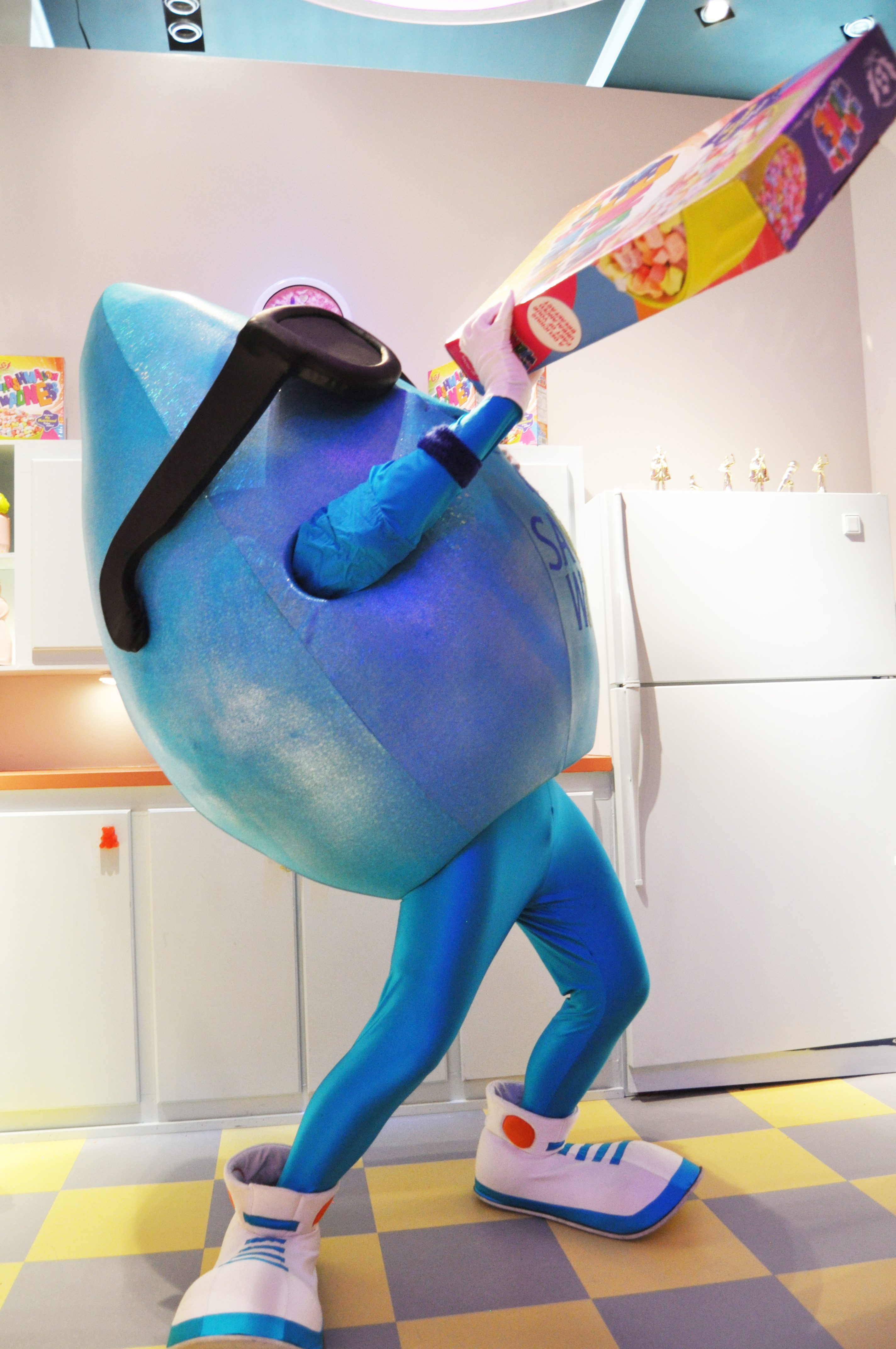 “As the City of Dallas Water Conservation Mascot, I’ll teach you lots of simple ways to save water in your home. If everyone works together, we can save enough water to last into the future.”